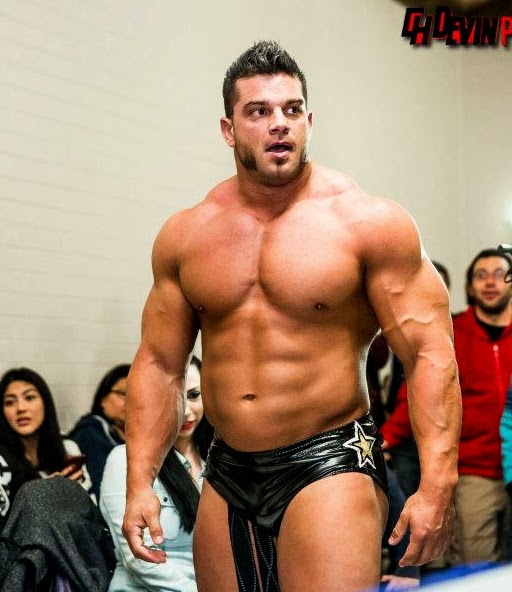 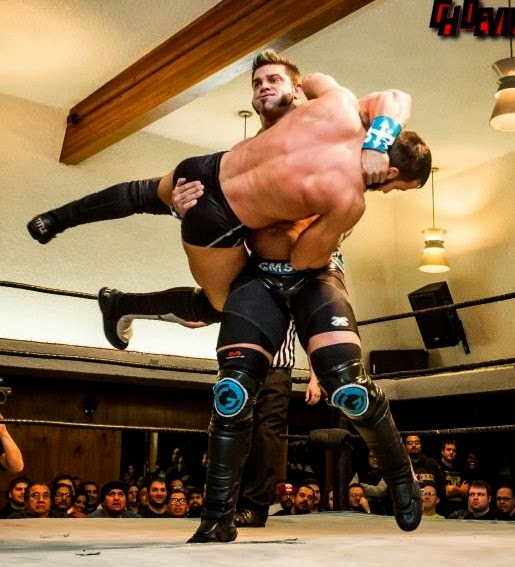 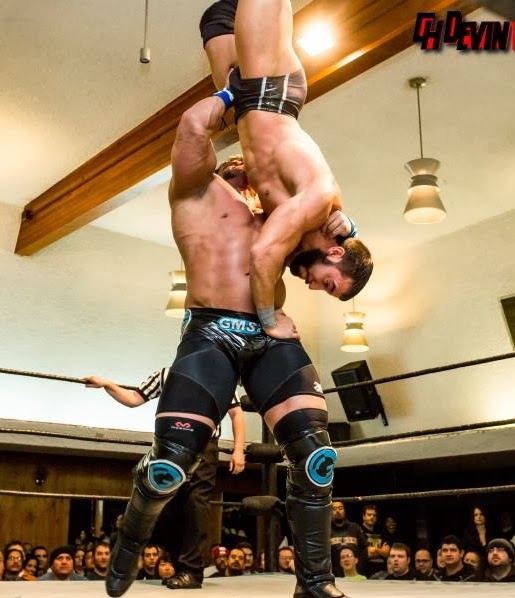 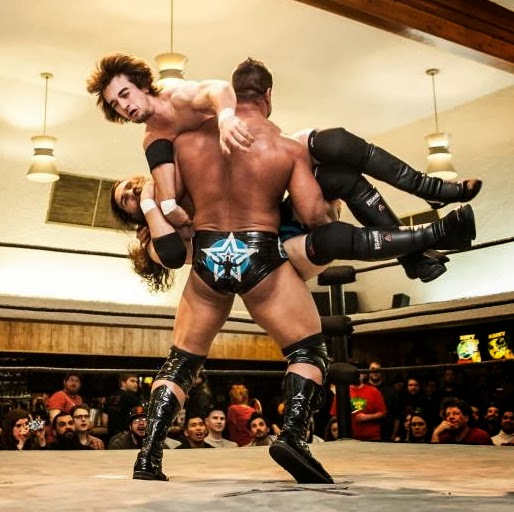 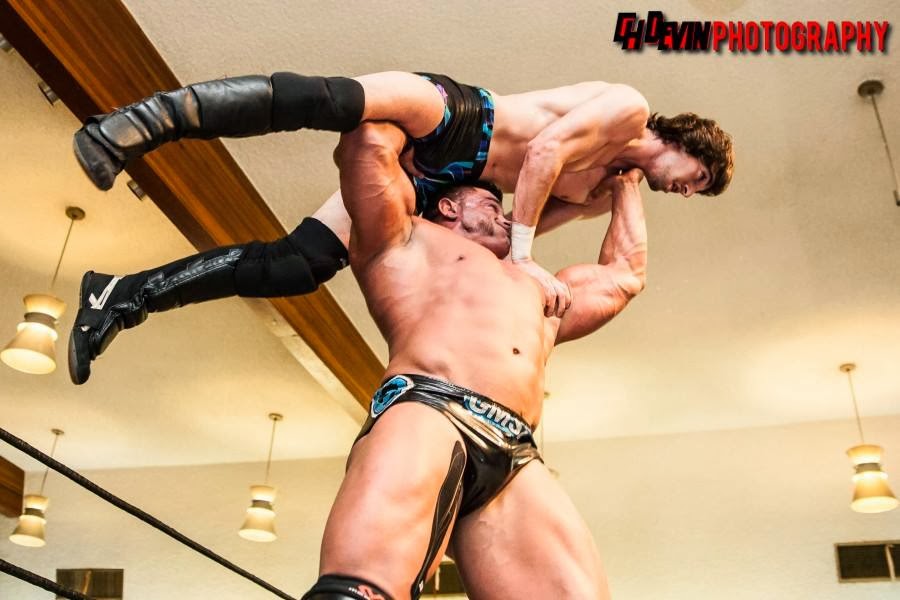 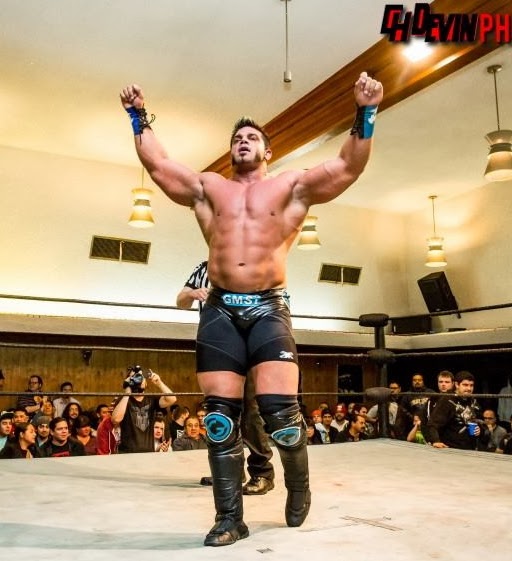 I know I haven't been posting much lately, but it's been getting harder for me to spend time on my blog.  But I couldn't pass up the opportunity to post these pictures of Brian Cage in action for Pro Wrestling Guerilla in California.  This is also my way of tipping my hat to Bruno and his Beefcakes of Wrestling blog, of which I am a fan.  The first two action photos are particularly awesome because they show Brian Cage tossing around fellow beefcake wrestler Tony Nese.  The next two photos feature Cage humiliating two jobbers whose names I don't care to learn.  There's just something about a muscled up dude taking apart an inferior opponent in a wrestling ring.  All in all, I like these pictures.  (By the way, great photos by Devin Chen photography.)
Posted by Bodyslammer at 10:31 PM No comments: 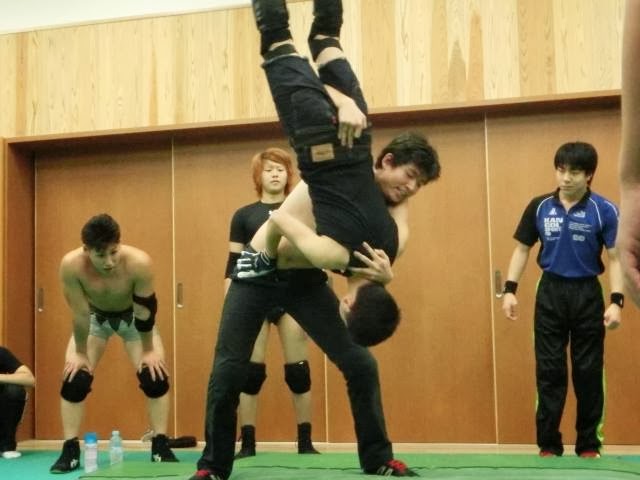 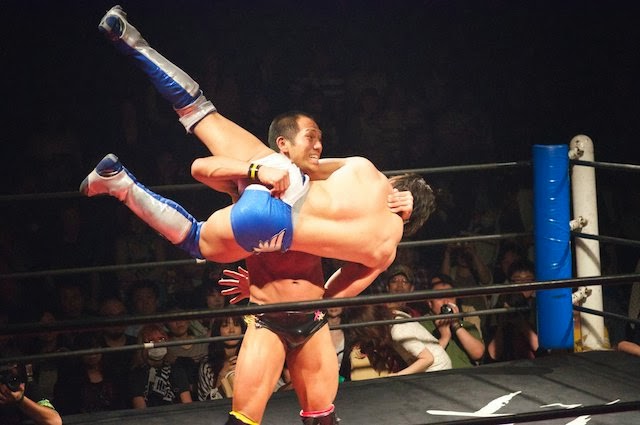 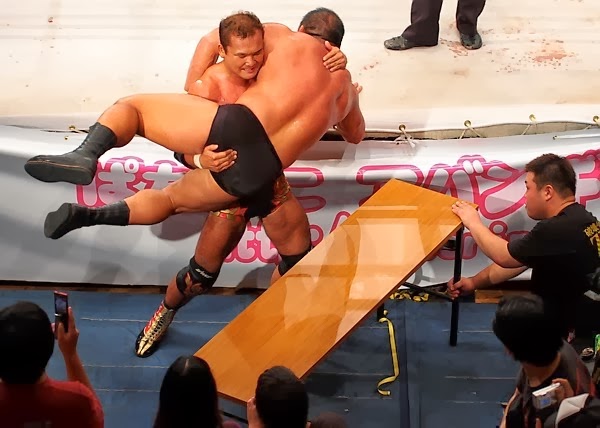 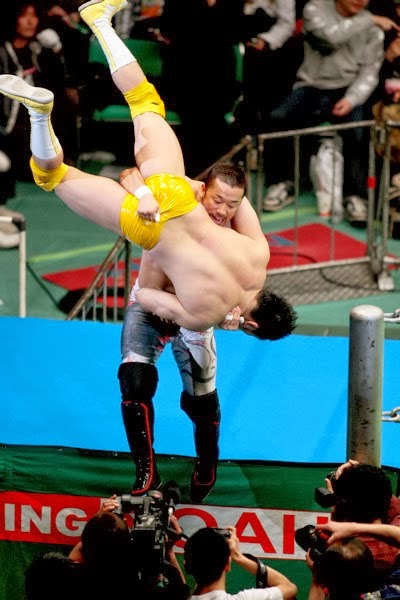 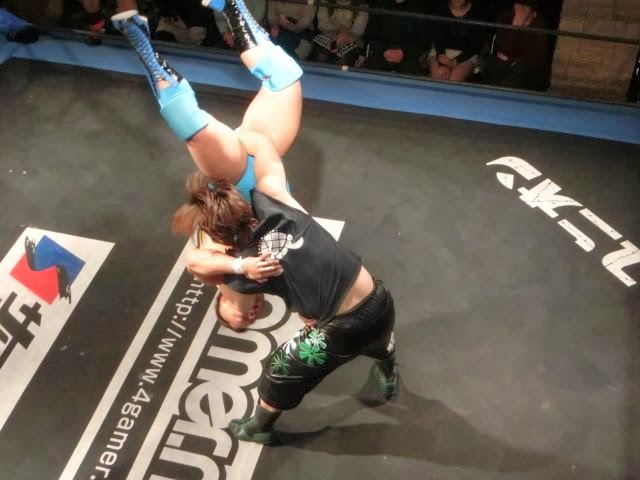 I've been surfing the net looking for more good action photos of Kota Ibushi and Hiroshi Yamato, but they have been hard to come by (good bodyslam photos at least).  On the plus side, I've come across other good action pics to share, all keeping with my current celebration of Japan and its unique version of pro wrestling known as Puroresu.

Posted by Bodyslammer at 10:57 PM No comments: