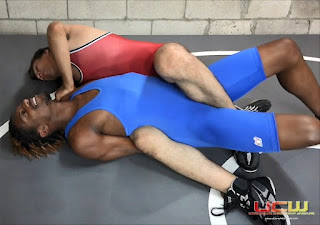 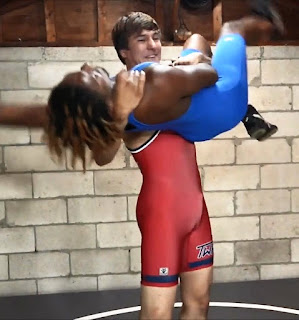 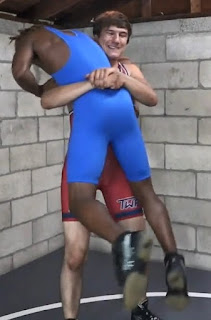 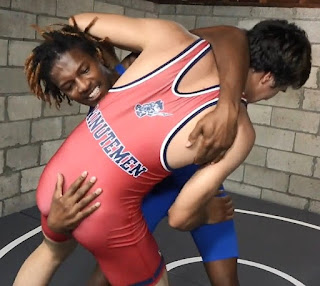 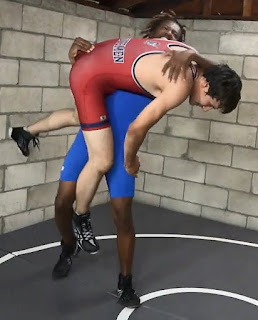 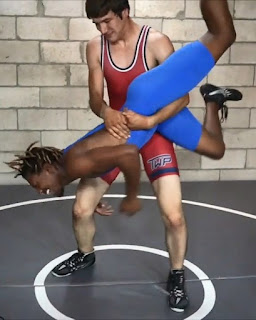 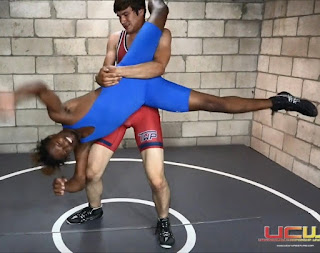 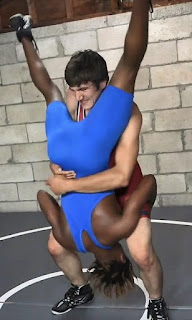 I need to check out Underground Championship Wrestling more often, because when I do, I find an unexpected gem.  The match here in today's post is definitely one of them.  It caught my attention because the wrestlers are in singlets, which I find appropriate for this time of year with the college wrestling season just beginning.  The starring wrestlers are Aron (red) and Malik (blue), and the two put on a great wrestling match.  From my somewhat trained eye, Aron looks like he's a much more skilled wrestler than Malik, and if this were a true competition, I suspect he would have had Malik pinned and tied up like a pretzel repeatedly.  But this match is also about the entertainment, and I was greatly entertained.  Malik may not be as skillful of a mat wrestler as Aaron, but he knows enough to make a good show out of it.  The wrestlers agree at the beginning to make it a best three out of five match, and it goes all five rounds before one of them finally claims victory.  There's good back and forth action, and while much of it is mat wrestling, Aron and Malik produce some good pro-style lift and carry moves.  That's important for me because it means I can feature this match in my blog.  Aron in particular I liked.  He has appeared in several matches at UCW, but now he's listed as "retired".  That's too bad for us because I would love to see him star in more matches. 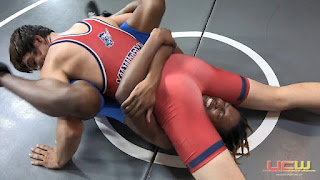 Malik says, "You gotta love wrestling in singlets!"
Posted by Bodyslammer at 7:37 PM